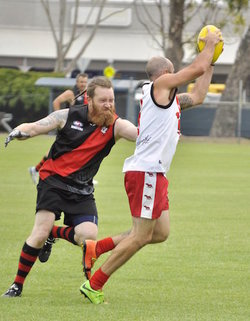 The Crocs held another successful opening day for the first split round of AFLMWA fixtures on Sunday March 25 at Houghton Park.

While the crowds were down a little due to games being played at other venues, those that turned up to play, watch and help out had a great day.

The Crocs home day started off early at 9.15 with our annual integrated exhibition game where the Crocs and Coolbinia West Perth combined to make two sides.

The game was played in great spirit and the integrated boys and their fans had lots of fun and great community spirit was on display.

After the game the Coolbinia boys and their families enjoyed some hospitality from the Crocs while they watched the remaining games.

Following the exhibition game the rest of the matches proceeded with Eastern Hills taking on the Crocs in the supers and masters.

Both were good games and played in the right spirit of footy for kicks.

The Seniors saw the Cats up against Inner Central which was again a good game with lots of veteran skills on display even though a few players were a bit  underdone being the first game.

The Physio’s in Dave from Bayswater Physio and his offsider Billy were kept busy on the day with players experiencing their fair share of niggles for round one.

The boys did a great job to keep most of us on the paddock.

The later afternoons games saw the Whalers and Wembley play some good footy in cooler weather with everyone enjoying the run.

All in all a good first fixture at the Crocs and well done to all those who contributed to make the day a great success.

Thanks to those that opened their season in Rockingham.  The day was well supported by clubs, players and supporters and the spirit of Masters Foty was upheld for some highly skilled and fast flowing games. 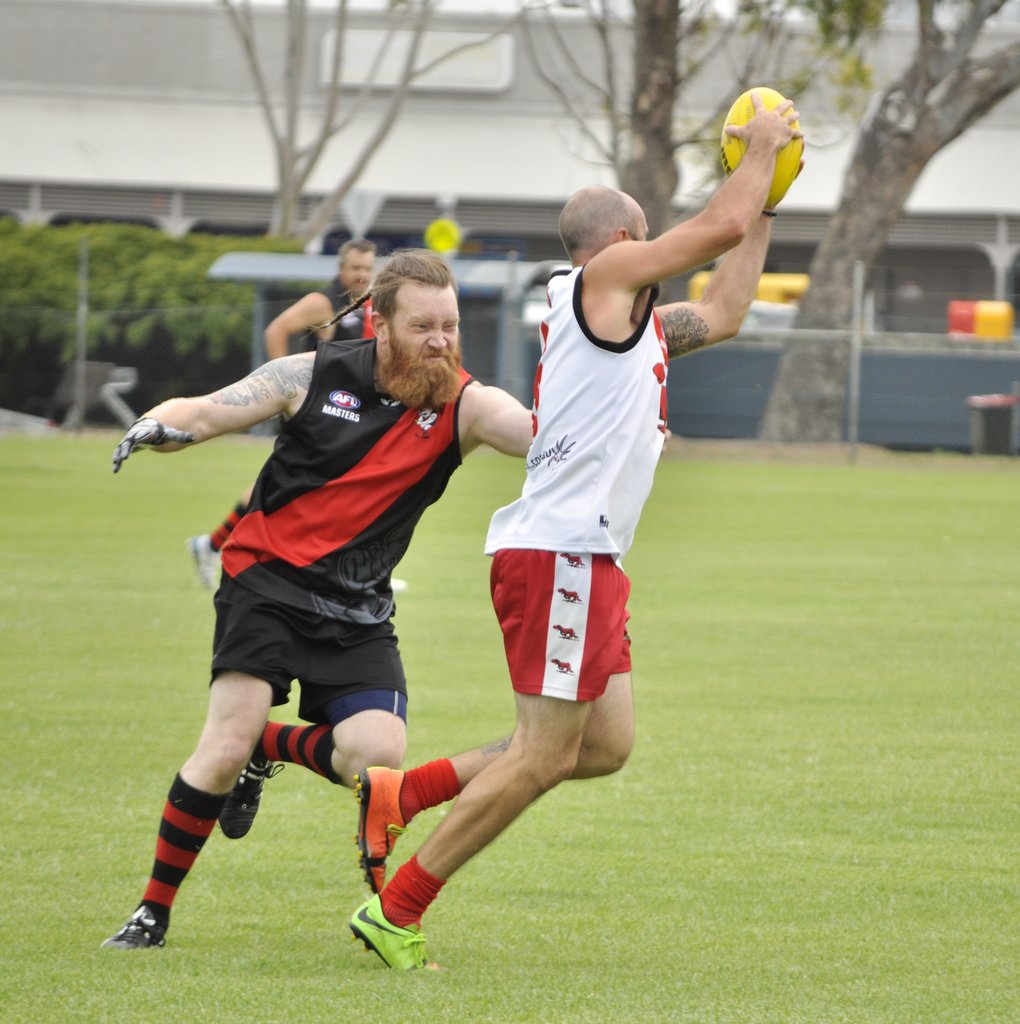 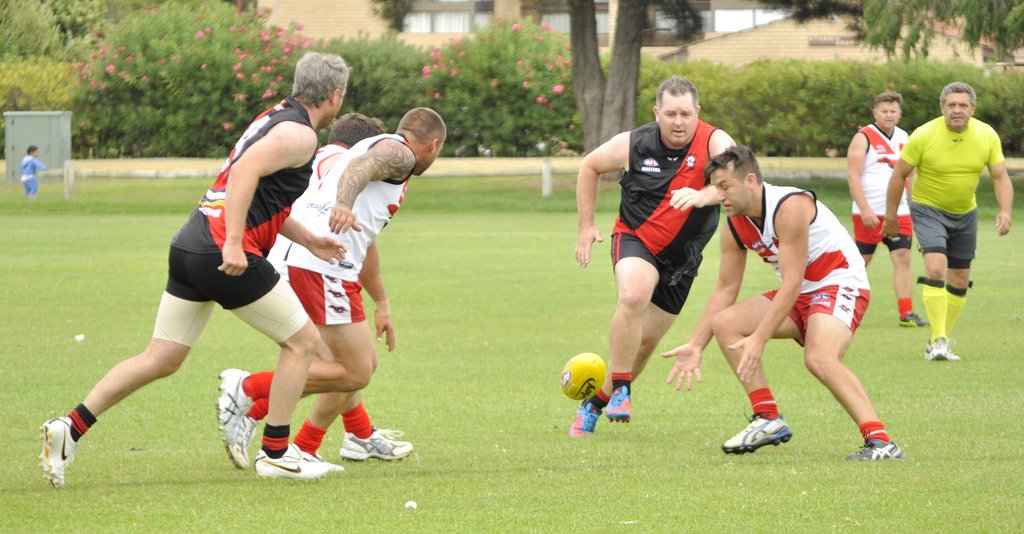 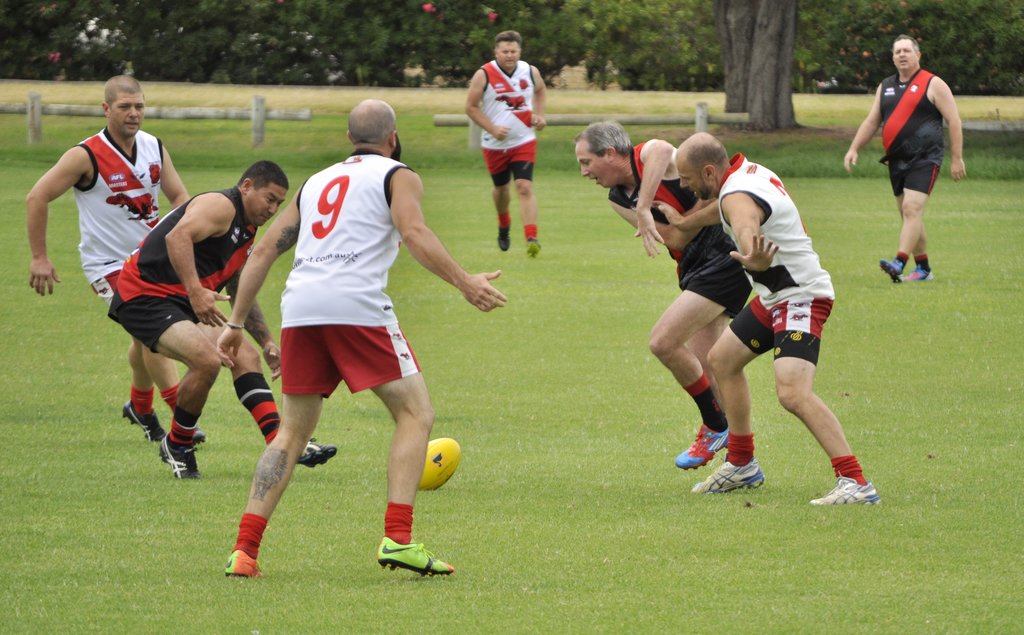 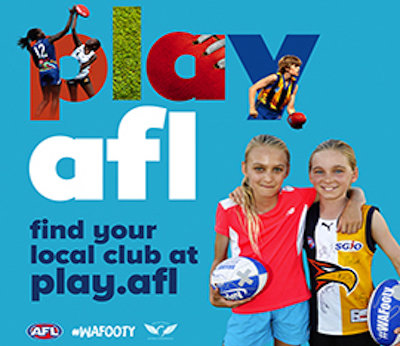 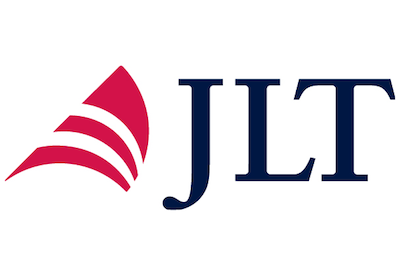